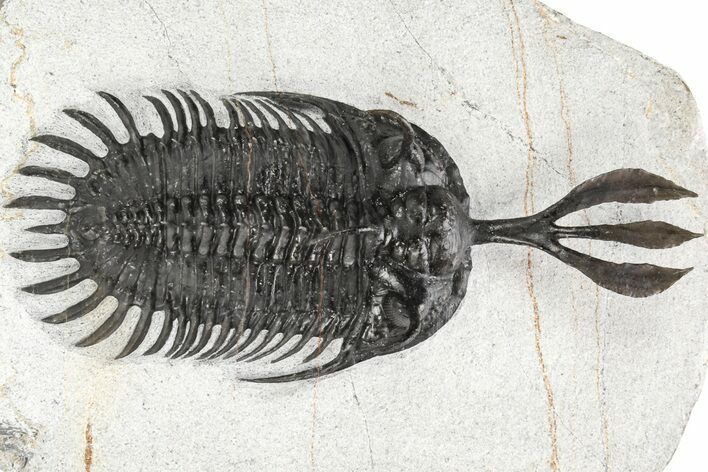 This bizarre specimen is the "short trident" version of Walliserops. This specimen is wonderfully prepared with nearly 50 small, free-spines. There is beautiful eye facet preservation in this specimen. It's laid out prone and is very large for the species.