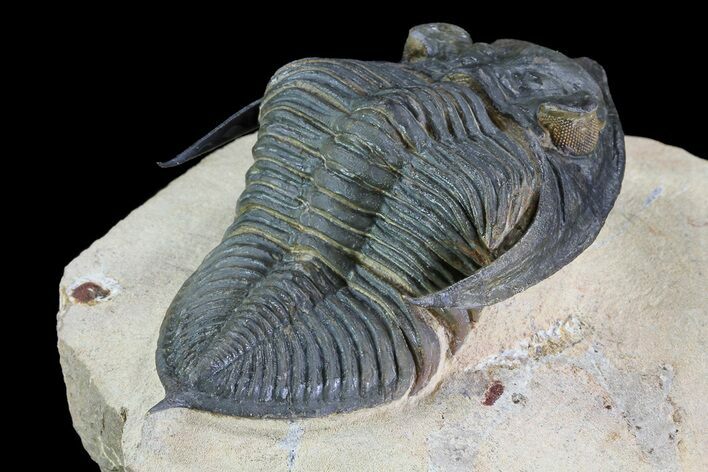 This is a detailed, 2.95" long specimen of Zlichovaspis rugosa from Atchana, Morocco. It has good shell detail and is very nicely prepared with clear eye facets in both eyes. It's in a slightly arched position and both genal spines have been prepared free of the rock. There is about 6-7% shell restoration on this specimen along repaired cracks and then much of the right genal spine has been restored.