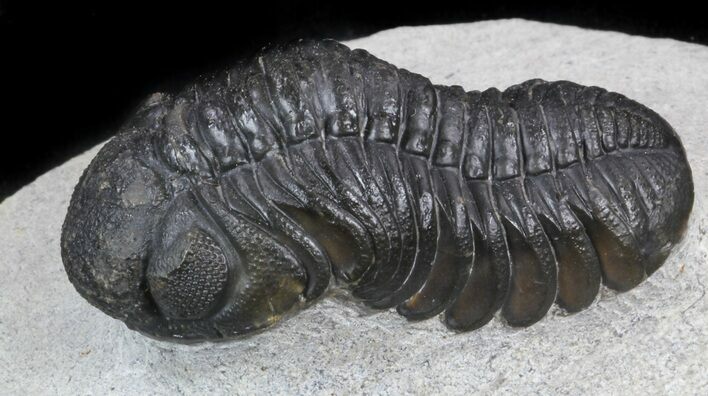 This is a detailed, 2" Austerops (Phacops) trilobite from the Devonian deposits of Morocco. Nice preparation, and it displays very aesthetically the limestone that it was found in.

There is about 5-7% restoration on some of the pleural tips on the right hand side of the body and a few patches on the left side of the head.