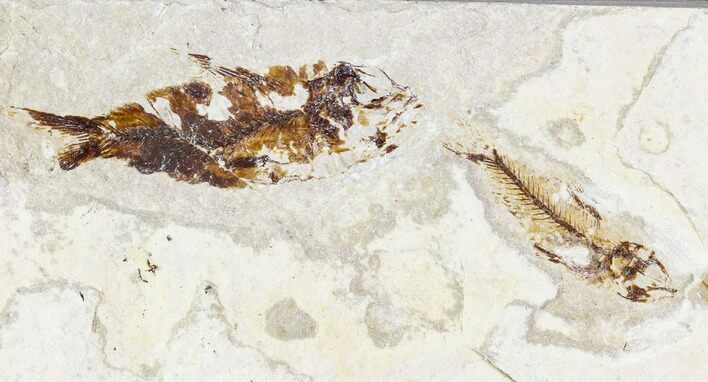 This is two fossil fish from the Upper Cretaceous marine deposits near Hakel, Lebanon. their lengths are 1.7", 1.1" respectively.