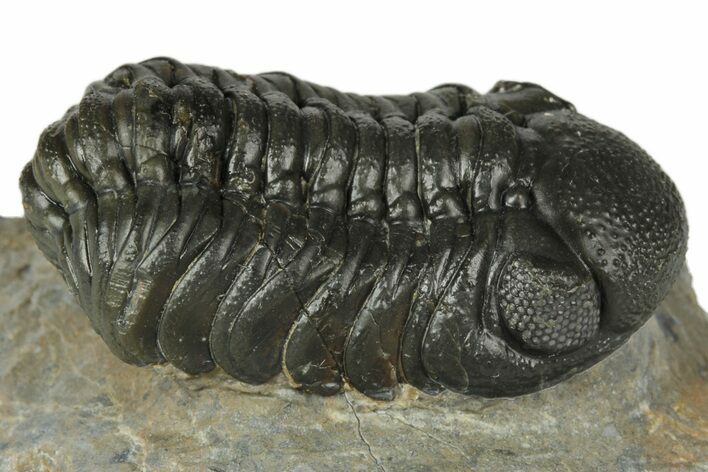 This is a detailed, 2" long Austerops trilobite from the Devonian of Morocco. Visible eye facet preservation in both eyes. There is some damage/restoration on the top of the left eye. 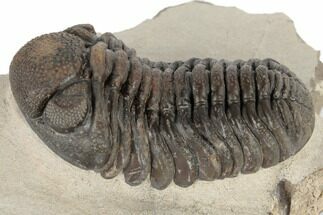 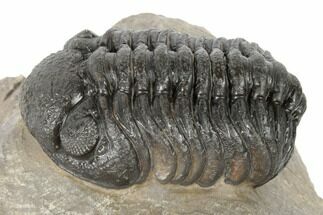 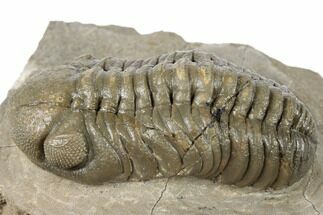 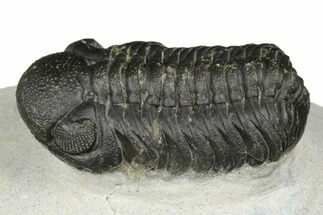 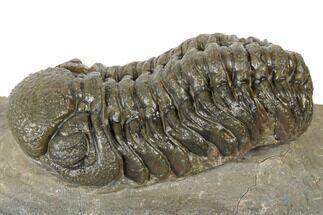