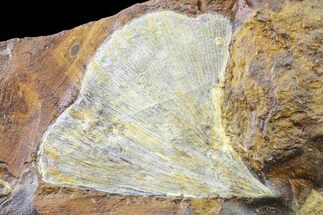 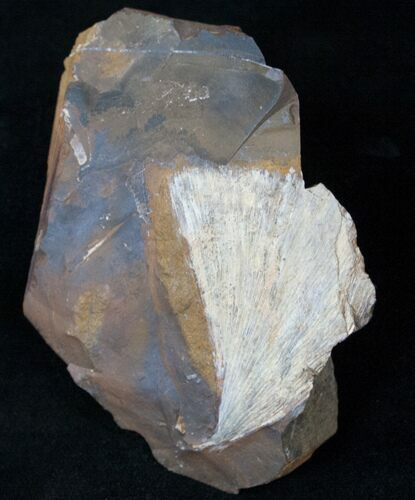 This is a beautiful fossil fossil Gingko leaf of the species Ginkgo adiantoides from the Sentinel Butte Formation of North Dakota. It is finely detailed and the white preservation contrasts well against the dark orangish-brown rock. 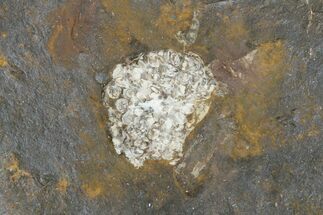