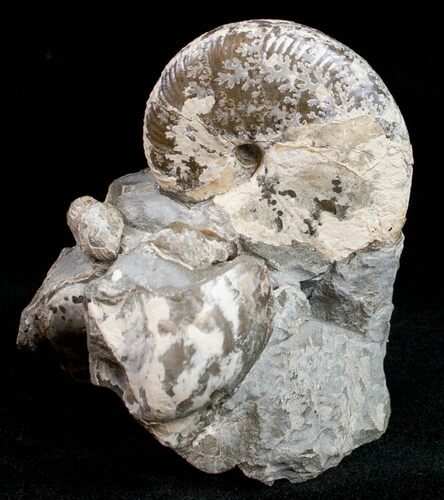 This is a beautiful Hoploscaphities nicolletii ammonite specimen from the Fox Hills Formation of South Dakota. The hard concretion that it was found in has been meticulously removed using air-scribes to create an aesthetic display which also exposes several clams and gastropod fossils.

These 70 million year old ammonites lived when South Dakota was a shallow inland sea. It was found preserved in a concretion that was split open. It then had to be hand prepared to remove the hard rock surrounding it from the shell, a very time consuming task.
More about ammonites
SOLD
DETAILS
SPECIES
Hoploscaphities nicolletii
AGE
Late Cretaceous - Upper Maastrichtian Stage 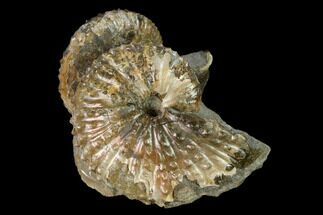 Two Species Of Hoploscaphites Ammonites Back To Back - South Dakota
$165