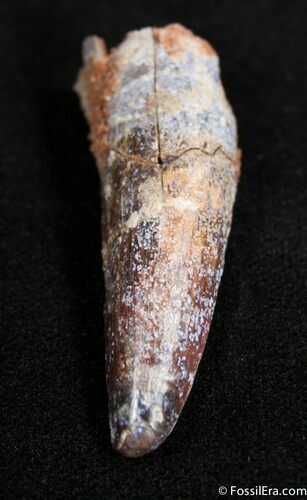 This is a nice 2 inch long tooth from Spinosaurus, the largest known meat eating dinosaur. It has some nice dark colored enamel present and a partial root. There is a repaired crack near the base of the tooth but no restoration.