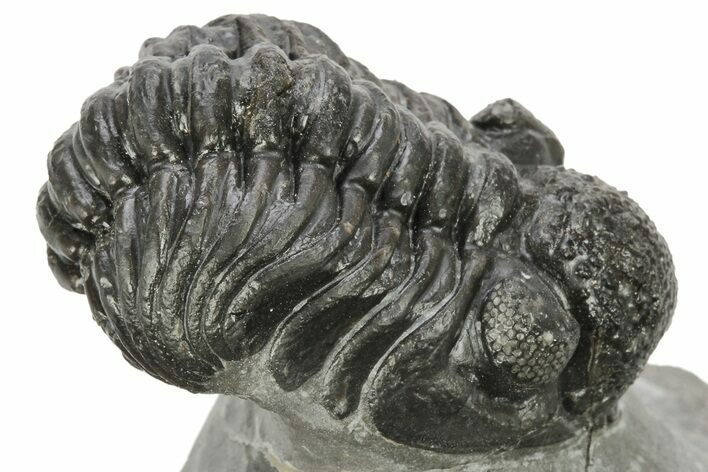 This is a 2" long, phacopid (Adrisiops weugi) trilobite from Jbel Oudriss, Morocco. Adrisiops had been informally referred to as 'smiley Phacops' until it was described as the type species of a new genus in 2017. It is one of the less frequently seen genus of phacopids from Morocco.

This specimen is nice eye facet preservation in both eyes. This specimen has 2-3% shell restoration along repaired cracks.