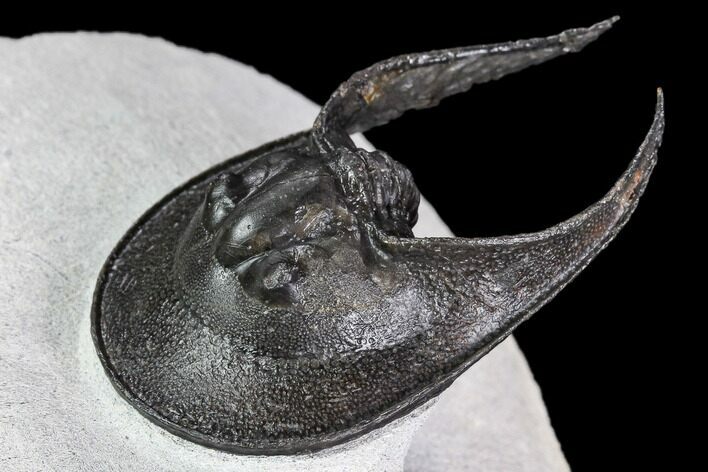 Here is a extremely nice, 1.9" long, Harpes (Scotoharpes) trilobite from Boudib, Morocco on the NE side of Jebel Issoumour. It has a very dramatic "head shield" which is often interpreted as a mechanism to help it stay on top of a soft ocean floor. This preglabellar ring (head shield) is covered in many sensory pits which may have held hairlike features when the trilobite was alive.

The specimen is enrolled and the edges of the preglabellar ring has been prepared free of the surrounding limestone.