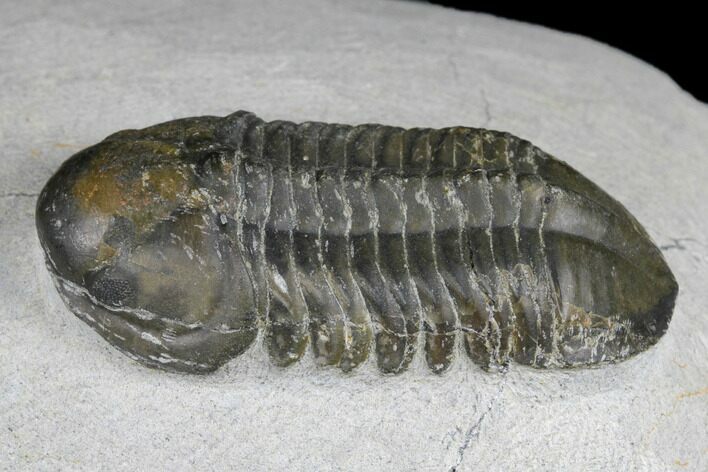 This is a 2" long Struveaspis bignoni trilobite quarried near Tinejdad, Morocco. Nice eye facet preservation in the left eye though there is quite a bit of shell weathering to the right side of the trilobite.