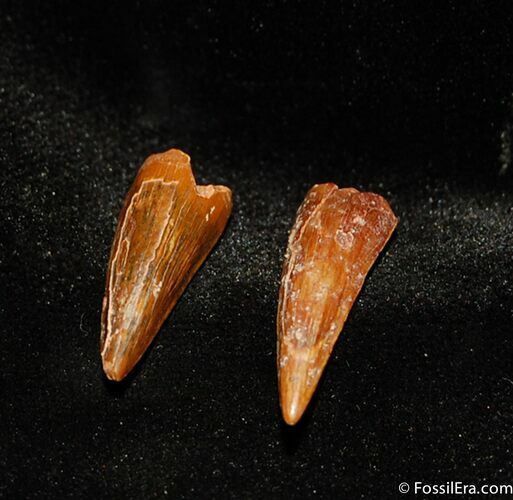 Here is a pair of small Spinosaurus teeth, both just over 3/4 of an inch in length. Despite their relatively small size, they have excellent enamel and nice sharps tip.