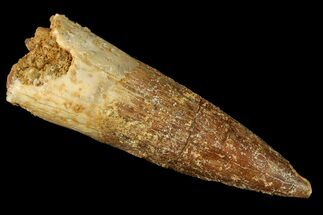 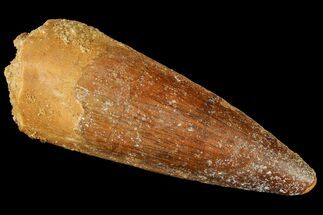 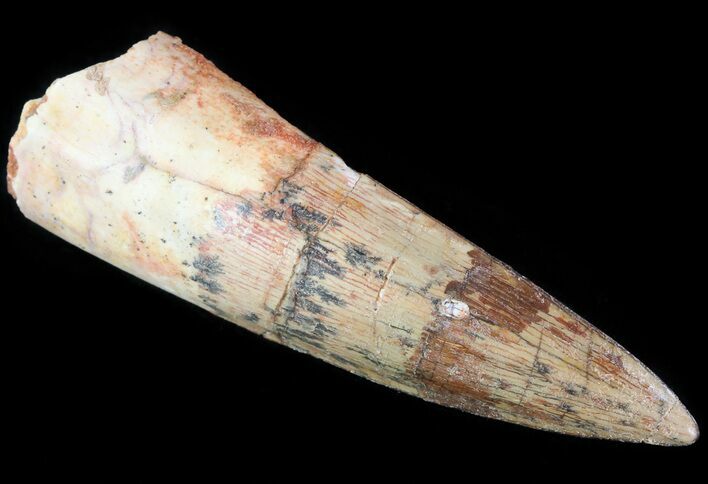 The enamel is in good condition, however there is a repaired crack near both the tip and root of this tooth. 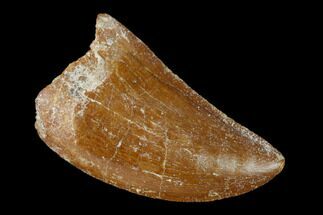 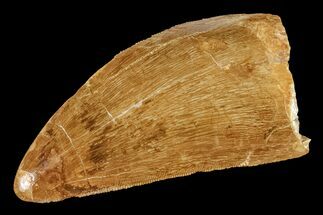