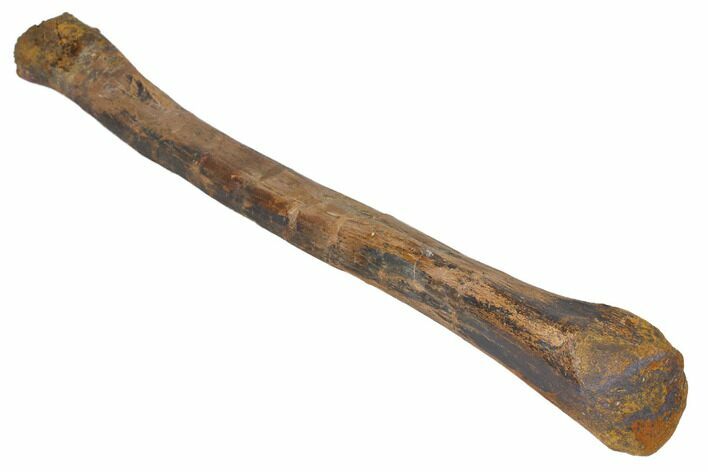 This is a 20.6" long Hadrosaur (Edmontosaurus) radius from the Hell Creek Formation, Harding County, South Dakota. There are 9 easily identifiable repaired cracks through this bone, some of which have undergone restoration in the form of gap fill where the bone wasn't recoverable or crumbled. Both the proximal and distal epiphysis are fairly weathered, though many bony landmarks are still visible. The most significant restoration is near the distal metaphysis.