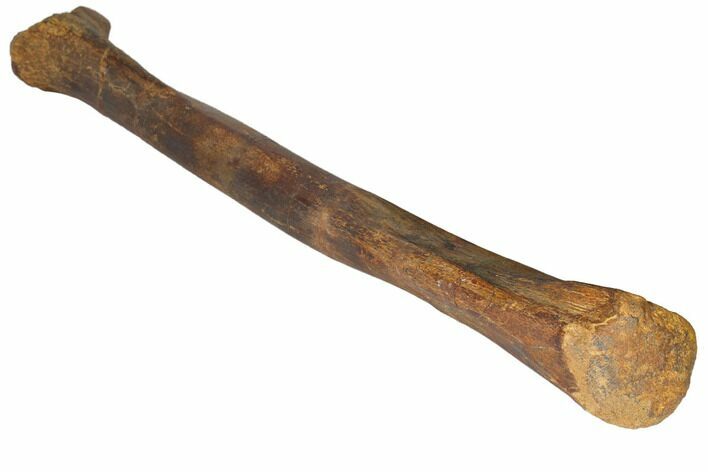 This is a 20.2" long Hadrosaur (Edmontosaurus) radius from the Hell Creek Formation, Harding County, South Dakota. The bone preservation is excellent and required very little restoration. The restoration to this bone is in the form of gap fill in spots of repaired cracks. There are 9 repaired cracks through the middle of the bone, with some repaired fragments at the proximal end of the bone. Both the proximal and distal epiphysis are weathered.