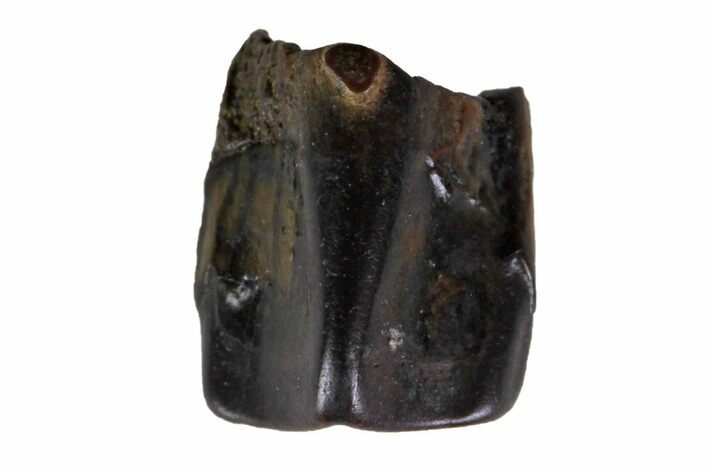 This is a .26", shed tooth of the Hadrosaur, Edmontosaurus annectens from the Hell Creek Formation, Montana.

Hadrosaurs had a massive battery of small teeth (up to 900 in some species) in their mouth for grinding tough vegetation and they shed their teeth as they become worn. These shed teeth, often called "spitters", are small and block-like in appearance.