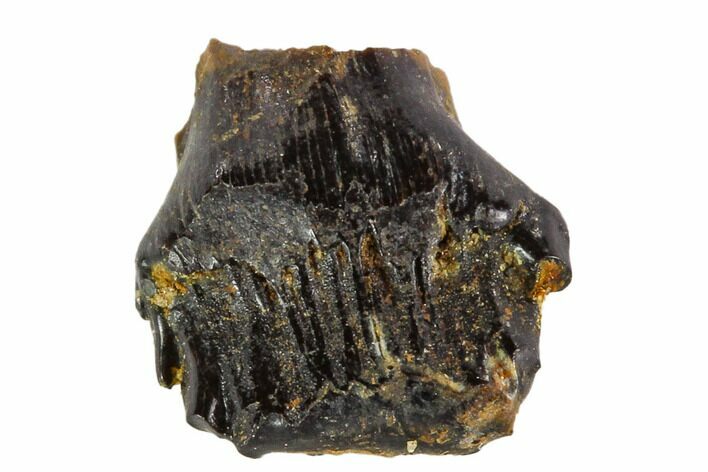 This is a beautiful, .27" tooth from an Ankylosaur. It was collected from the Judith River Formation, Montana. The tooth is in good condition with good enamel and strong denticles. The point and most of the root are missing. Not enough diagnostic information is available make a definitive species identification. 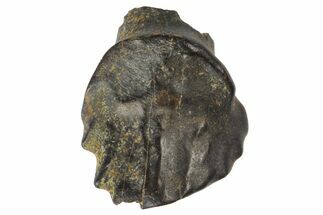 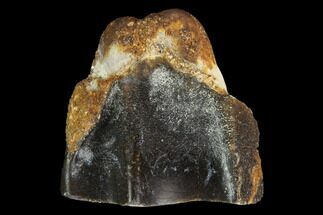