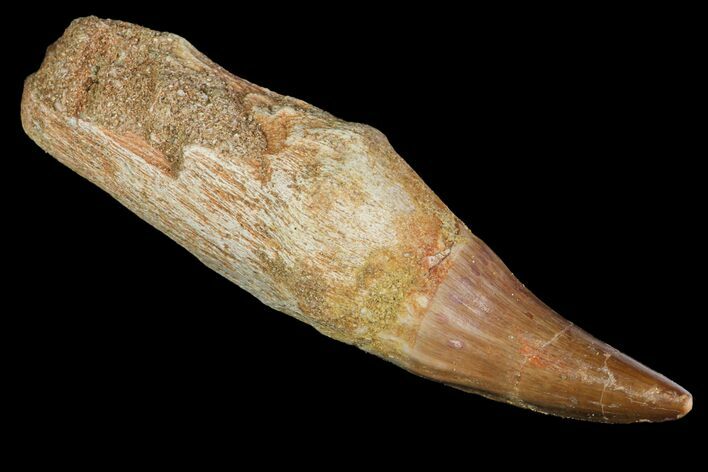 This is an excellent 3.0" long, rooted tooth of an unidentified mosasaur from the Upper Cretaceous phosphate deposits near Khouribga, Morocco. It is in good condition with two repaired cracks in the crown and one between the crown and root.

Although Mosasaurs diversified and proliferated at a spectacular rate, their specialization is considered the source of their demise when marine systems collapsed at the end of the Cretaceous.
More About Mosasaurus & Mosasaurs
View Jurassic World Fossils
SOLD
DETAILS
SPECIES
Unidentified
AGE
Late Cretaceous (~70 Million Years)