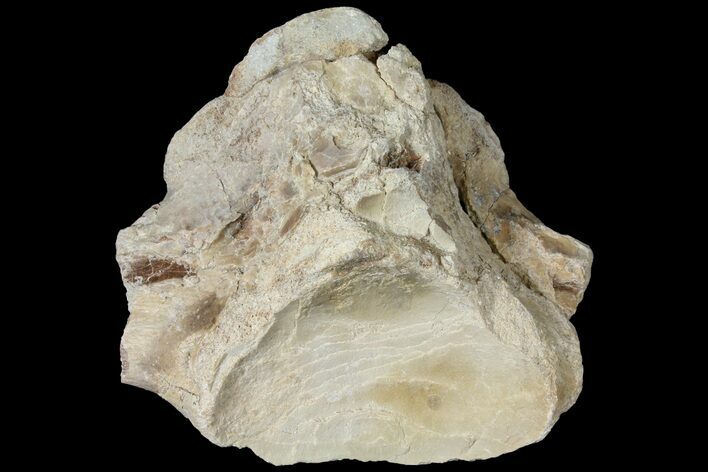 This is a 3.3" wide, vertebra of a Mosasaur (Platecarpus) from the Late Cretaceous, Smoky Hill Chalk, Gove County, Kansas. This is likely a section of the body (centrum) with the base of the transverse processes. 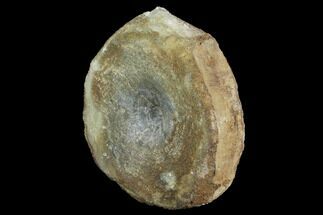