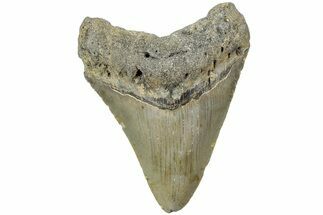 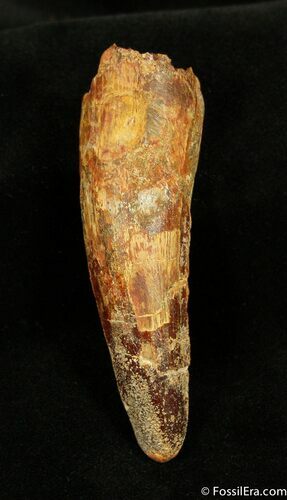 This is a large, natural, 3+ inch Spinosaurus tooth from the Tegana Formation of Morocco. The tooth has no restoration or repair but is missing a lot of the original enamel. Never less, complete 3+ inch teeth which have not been altered are hard to come by. 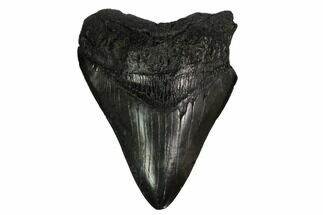 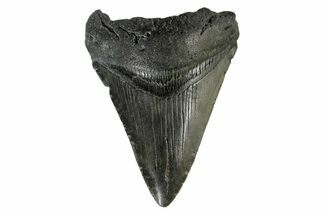