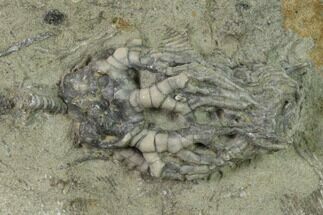 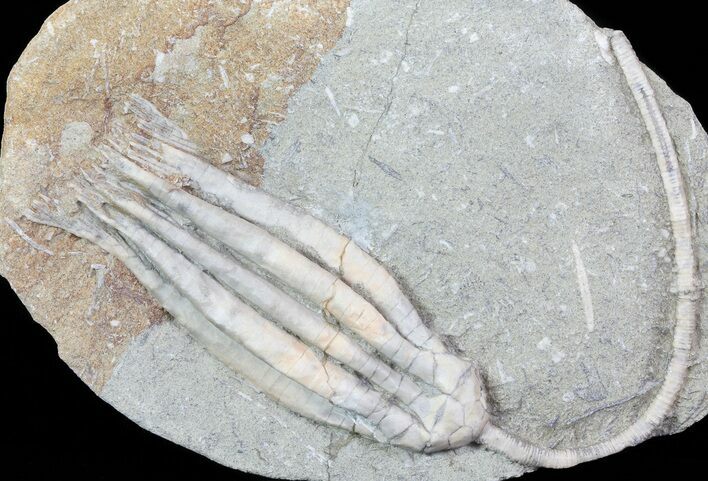 This is a 3.1" long (including stem) Scytalocrinus robustus crinoid from the Edwardsville Formation near Montgomery Co., Indiana. The quality of preparation on this fossil is exquisite - using skillful air-abrasion techniques under a stereo microscope. 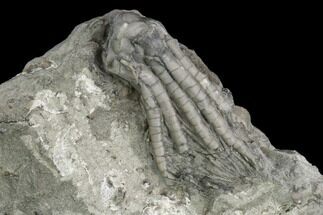 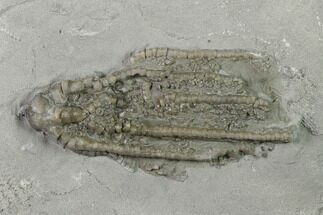 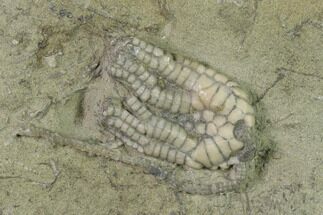 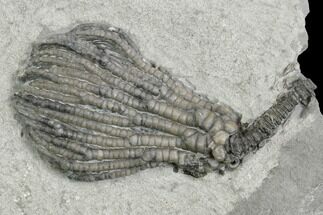