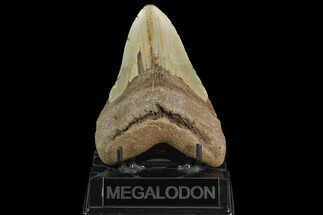 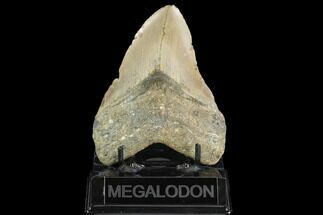 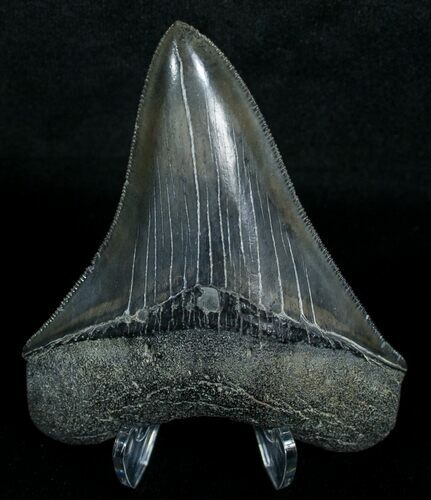 This is a beautiful 3.19" long Megalodon tooth from the Hawthorn Formation of North Carolina. The enamel on this tooth is gorgeous. It has sharp serrations and a nice tip to it along with a robust root. A nice quality tooth from the prehistoric mega-shark. It comes with the pictured display stand. 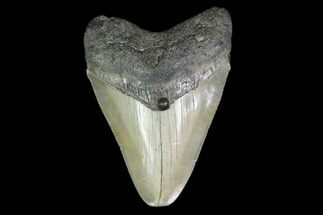