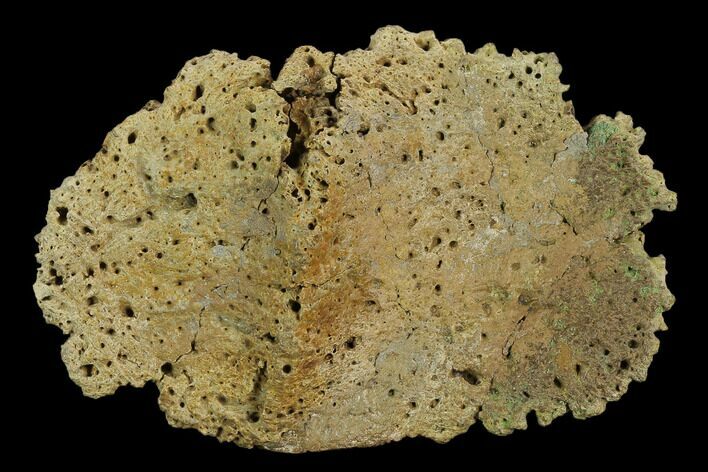 This is a nice Ankylosaur Scute (armored plate) from the Horseshoe Canyon Formation of Drumheller in Alberta, Canada. There are three Ankylosaurs described from the formation including Anodontosaurus, Edmontonia and Euoplocephalus but their scutes would look very similar.

There are repaired cracks through this scute. Comes with an acrylic display stand.


Ankylosaurs were herbivorous dinosaurs that lived during the Cretaceous (65 - 68 million years ago). As the evolution of Ankylosaurus progressed, they developed bony armor that covered their bodies in the form of plates, scutes and spikes, with some even developing armor on their eyelids. While their armor and bone shattering tail club are thought to have been used for defensive purposes against predators such as Tyrannosaurus, it's possible that some of the armor on their head may have been used for display. Adult Ankylosaurs are believed to have reached up to 25 feet in length and a weight of 3.3 tons!
View Jurassic World Fossils
SOLD
DETAILS
SPECIES
Unidentified Ankylosaur
AGE
Late Cretaceous (70 million years)