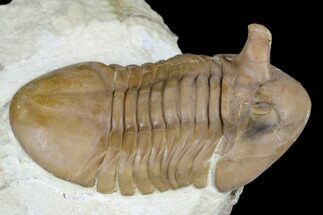 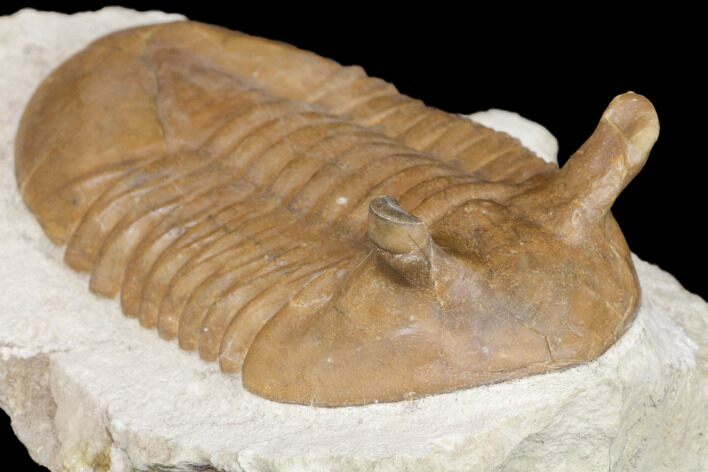 This is a good-sized, 3.2" example of the stalked eyed trilobite Asaphus punctatus. It comes from the Gostlitsy Quarry in the St. Petersburg region of Russia.

Like nearly all of the Russian asaphid trilobites there is some shell restoration. Shell restoration is around 10% on this specimen, scattered in small patches where the shell probably flaked during collection. 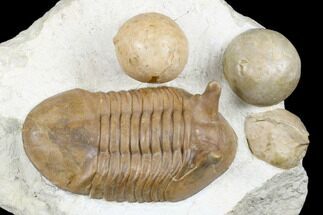