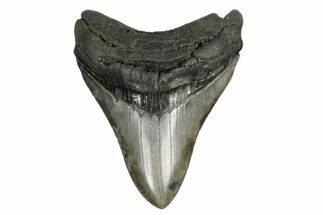 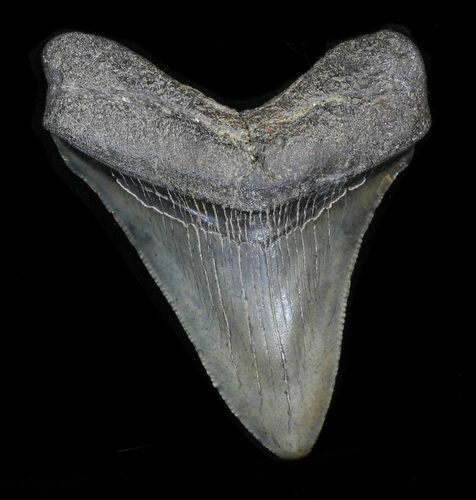 This is a 3.20" long Megalodon tooth collected from a river in Georgia. The bluish-grey blade contrasts the dark black colored bourlette, and root nicely.