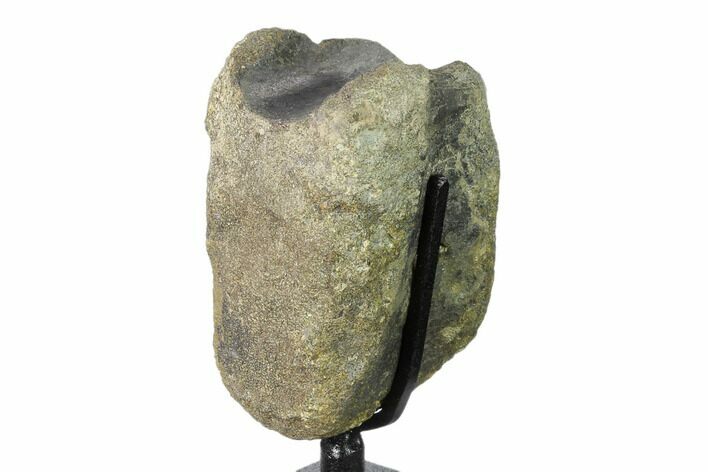 This is a beautifully preserved, 3.2" tall Hadrosaur (Hypacrosaurus sp.) caudal (tail) vertebra from the distal end of the tail, collected from the Two Medicine Formation of Montana. It was collected this last spring and has been nicely prepared from the hard rock surrounding it. There is no repair or restoration to this specimen, though everything superior to the centrum has weathered away. Both the anterior and posterior faces of the vertebra are weathered.