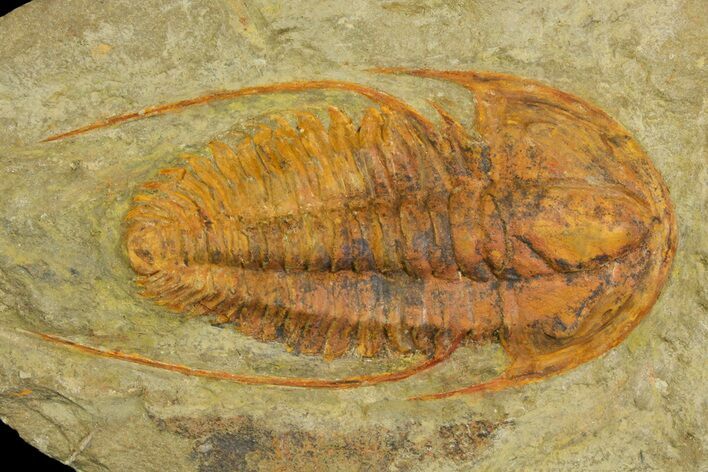 This is an very large, 3.2" long specimen of the Middle Cambrian trilobite Hamatolenus vincenti. The bright orange coloration is natural and due to the oxidization of iron pyrite. There is some restoration around the edge of the head and a few pleural tips.