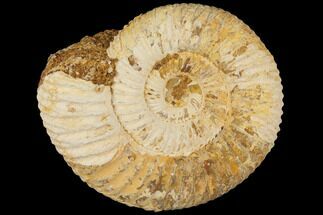 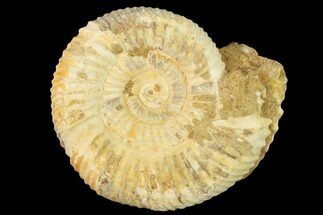 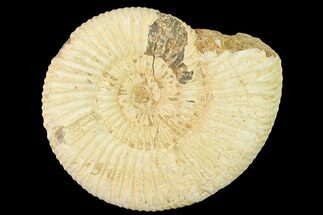 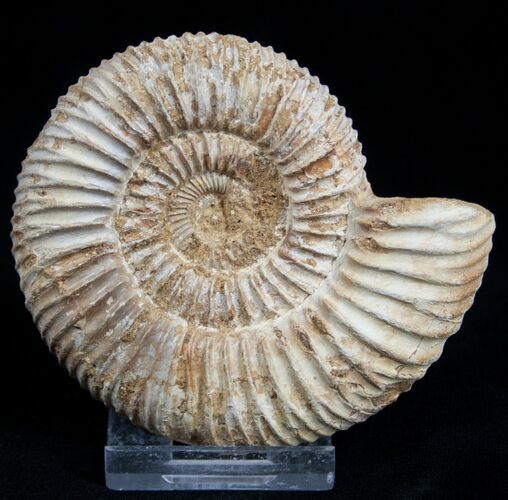 This is a classic Late Jurassic ammonite fossil from Madagascar. It's in nice shape and still has much of the white shell remaining unlike many that are just preserved as internal casts. 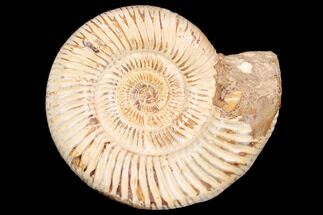 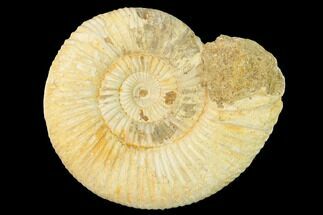 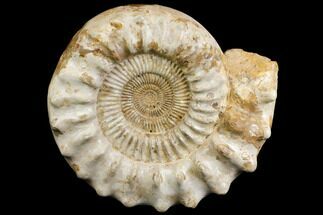 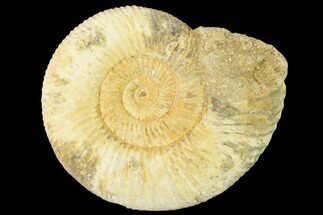 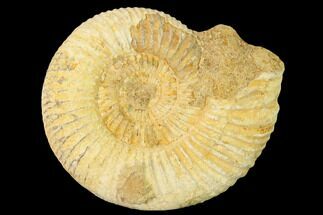 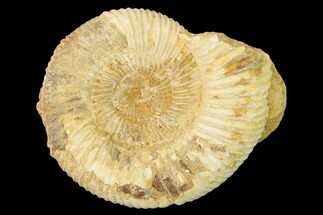