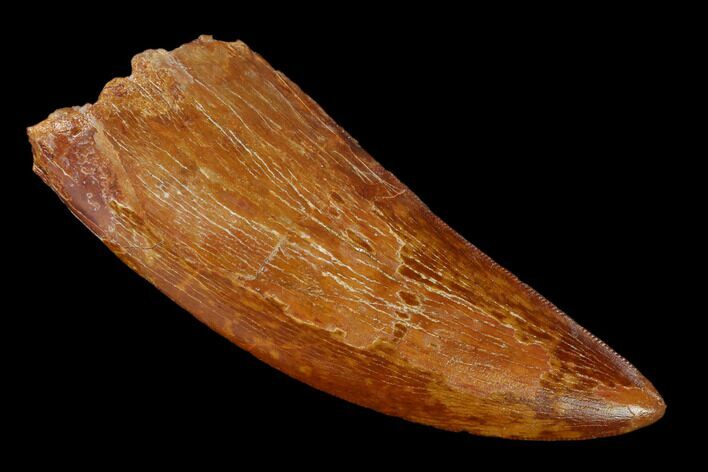 While the tooth has some wear, most of the serrations are visible. There is a section of restoration near the base of the tooth on one edge.