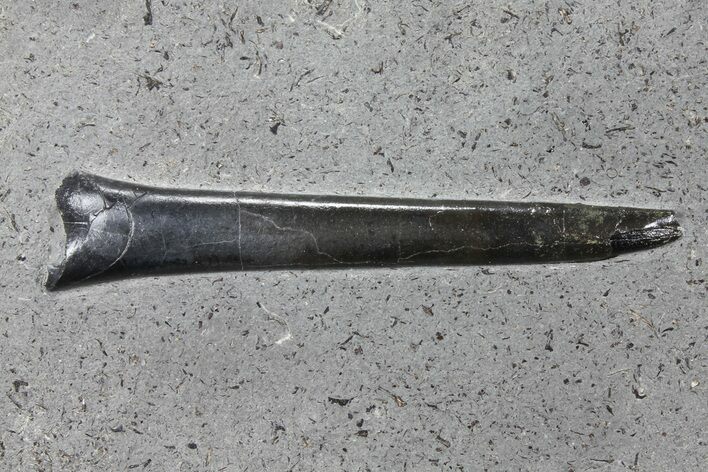 This is a 3.3" Fossil Belemnite (Youngibelus) from the Posidonia Shale Formation, Holzmaden, Germany. This is a polished example of the cone of the animal, its internal structure.