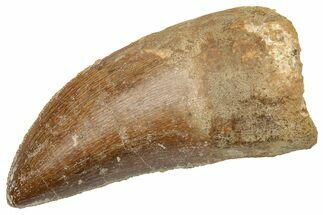 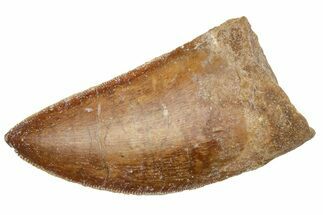 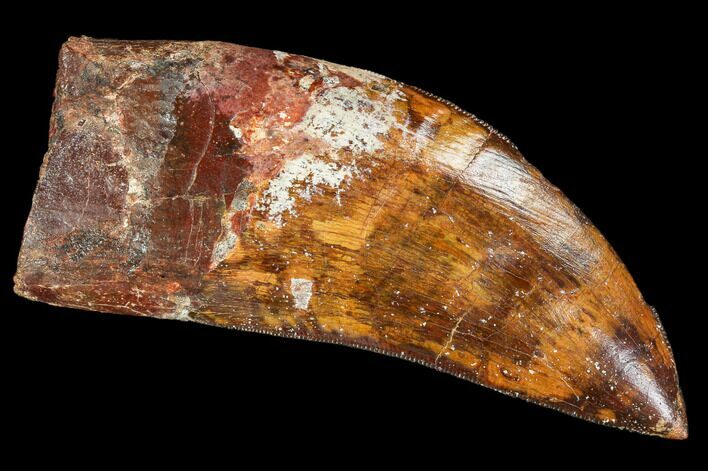 This is a serrated 3.33" long Carcharodontosaurus tooth from the from the Kem Kem Basin, Morocco. The enamel is mostly in good shape with nice serrations and tip. There is some restoration and gap fill near the base of the tooth