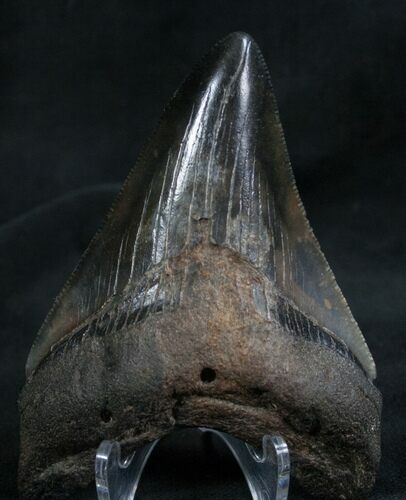 This is a nice, dark 3.33" long tooth from the prehistoric, mega-shark the Megalodon. The multi-colored, glossy enamel on the tooth is beautiful, most of the serrations are visible (though worn and there are no nicks to the blade. It is a river find from Georgia after it eroded out of the Miocene aged Hawthorn Formation. A fine tooth for the price. 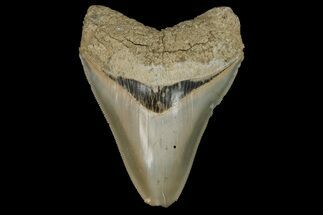