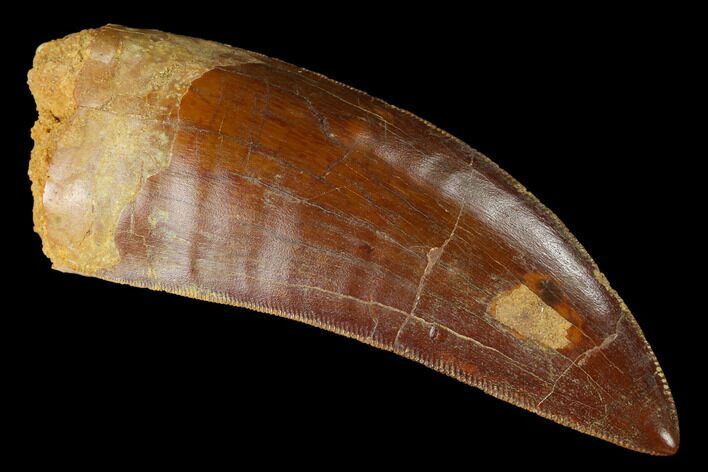 This tooth has nice serrations and enamel preservation. There are two repaired cracks through the crown, each of which resulted in some chipping of the enamel on one side of the tooth. The proximal end of the tooth has undergone some glue stabilization.