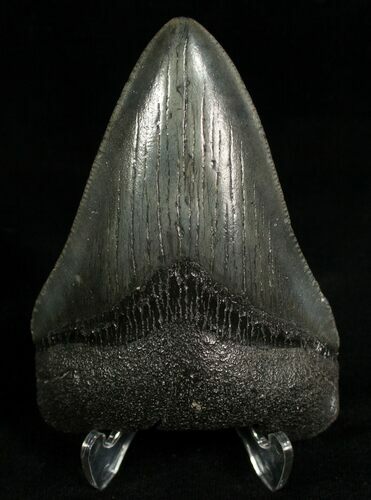 This is a 3.39" long Megalodon tooth collected from the South Carolina coast. It's nicely shaped and naturally polished from the water. It would have eroded out of the Miocene aged Hawthorn Formation.