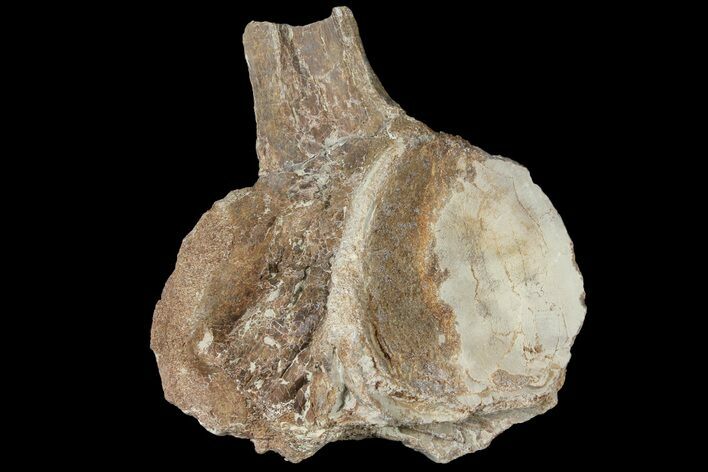 This is a 3.4" long, vertebra section of a Mosasaur (Platecarpus) from the Late Cretaceous, Smoky Hill Chalk, Gove County, Kansas. This is a section of dorsal vertebra.
Platecarpus is an extinct aquatic lizard belonging to the mosasaur family. Fossils have been found in the United States as well as a possible specimen in Belgium and Africa. It reached lengths of up to 14 feet long, half of that length being its tail. Platecarpus probably fed on fish, squid, and ammonites. Like other mosasaurs, it was initially thought to have swam in an eel-like fashion, although a recent study suggests that it swam more like modern sharks.