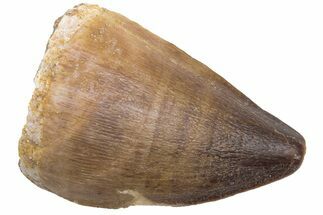 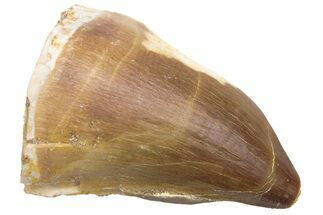 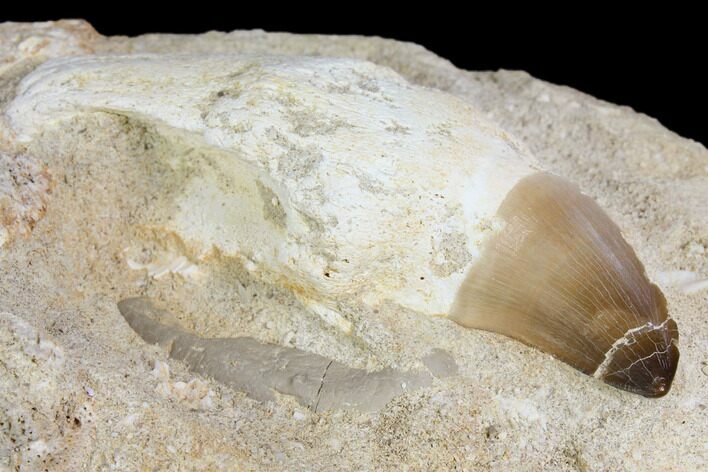 This is a 3.4" long, rooted tooth of a large Mosasaur (Prognathodon). It comes from the Upper Cretaceous, phosphate deposits in the Oulad Abdoun Basin of Morocco. Unlike most "rooted" teeth you see for sale, it is natural and not a composite. Very nice preparation work to expose the tooth is high relief against the rock. 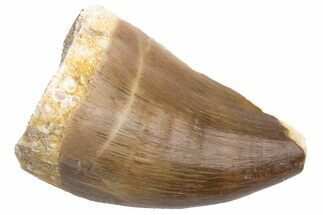 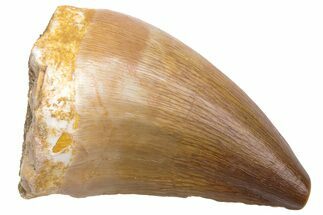 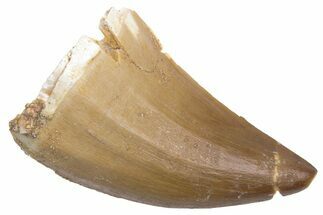 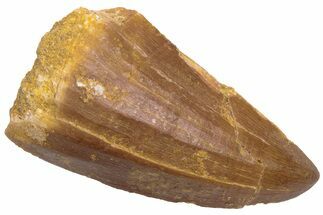 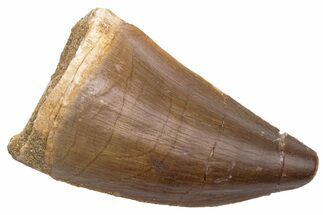