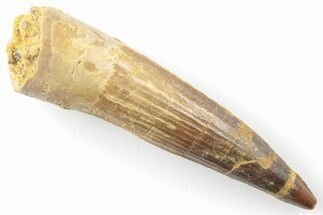 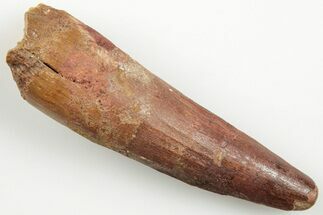 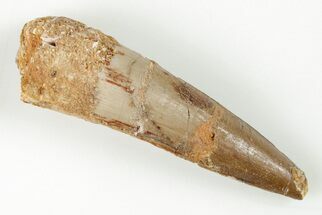 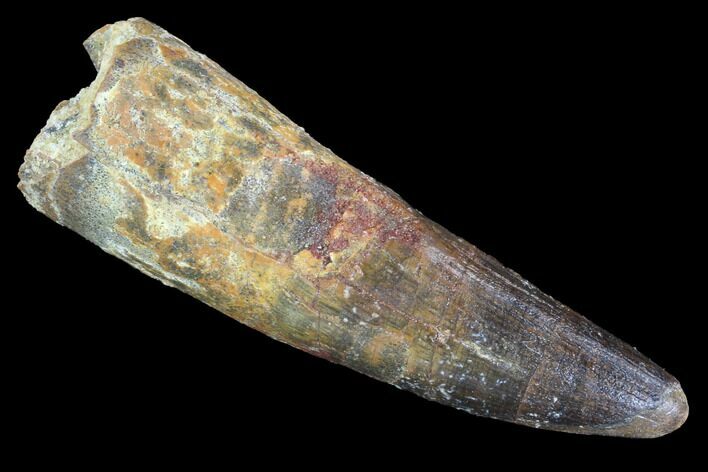 This is a pretty good sized Spino tooth. There is one repaired crack i the middle of the tooth and some restoration to the very tip.