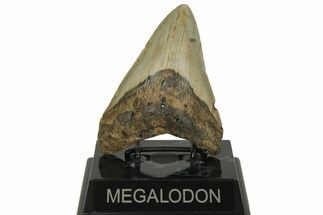 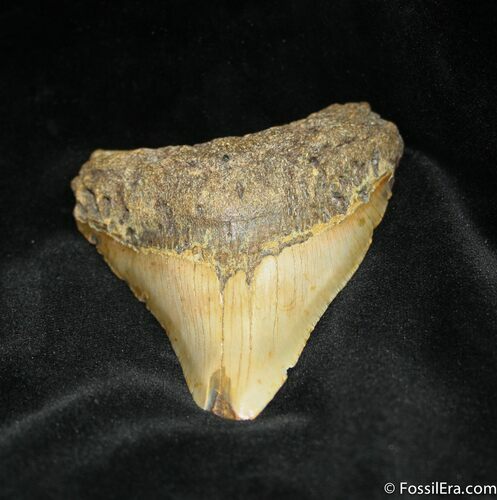 Here is an inexpensive 3.41 inch long Megalodon. It is approximately 4-7 million years old and was collected off of either the North or South Carolina Coast after it eroded out of the Hawthorn Formation.