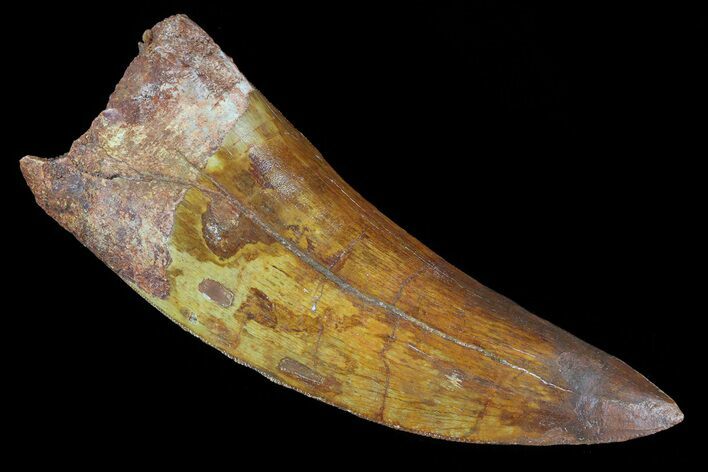 This is a large, 3.45" long Carcharodontosaurus tooth from the from the Kem Kem Beds of Morocco. This massive theropod often gets compared to T-Rex but is actually thought to be larger.

This is a robust tooth that's thick in cross-section so it probably came from near the front of the jaw. Most of the serrations are worn but there area . few still visible. There is a repaired crack and some restoration to the tip of the tooth, along with a small amount of enamel restoration.