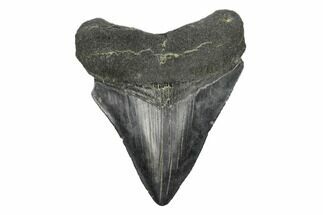 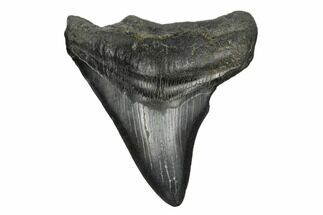 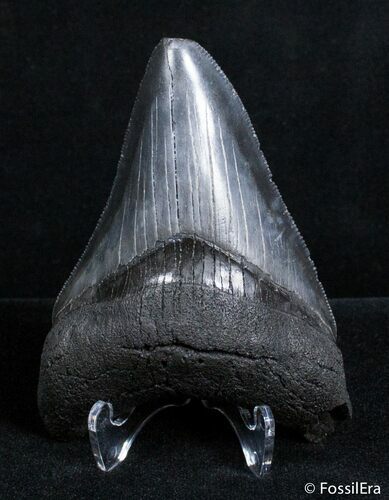 Here is a nice 3 1/2 inch long tooth from the prehistoric, mega-shark, the Megalodon. The tooth is great condition other than some damage to the very tip and a corner of the root. The coloration is great, it has wonderful enamel and coloration. 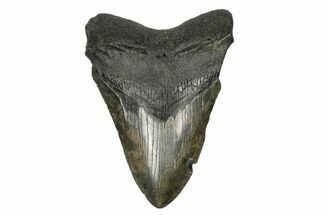