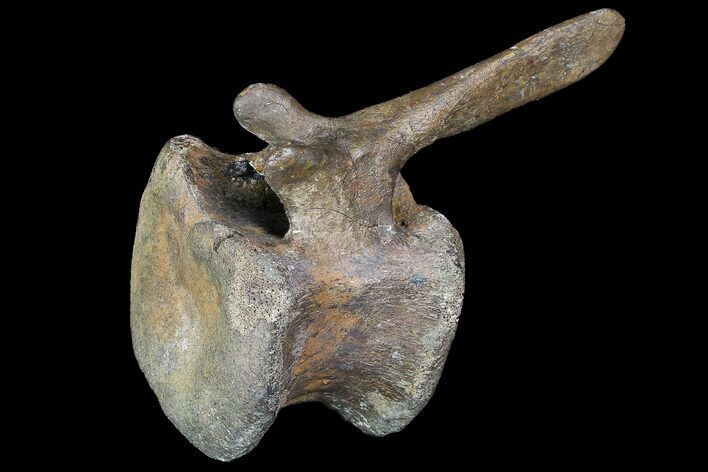 This is a 3.5" long (including process) vertebra of Edmontosaurus annectens, a type of Hadrosaur more commonly referred to as a "duck-billed dinosaur" . The vertebra was collected from the Hell Creek Formation in Harding County, South Dakota. There is some restoration around the neural canal and on the tips of the process. The centrum is in really nice shape with little erosion.