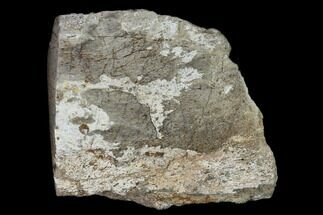 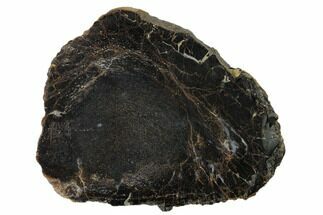 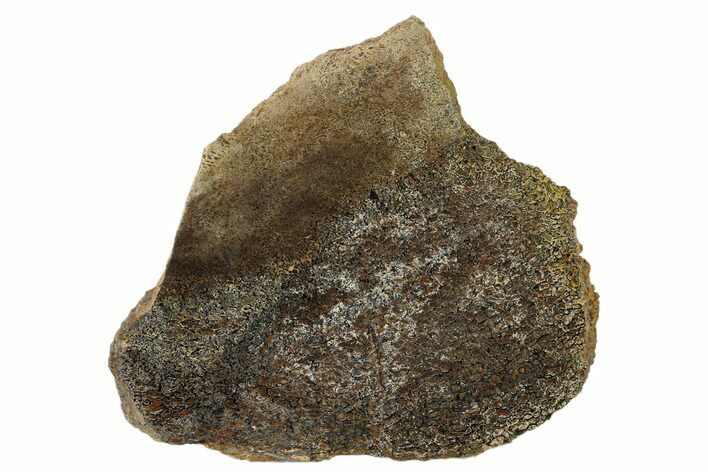 This is a 3.5" wide piece of agatized dinosaur bone from the Morrison Formation of Utah. One side has been polished to a glossy finish which allows for the beautiful internal cell structure to be seen. Both the small cell structure and the fact the bone isn't hollow indicates this came from a non theropod dinosaur, most likely one of the large sauropods. 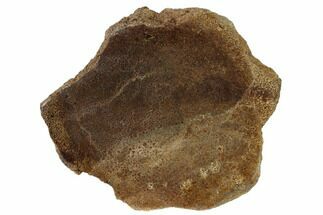