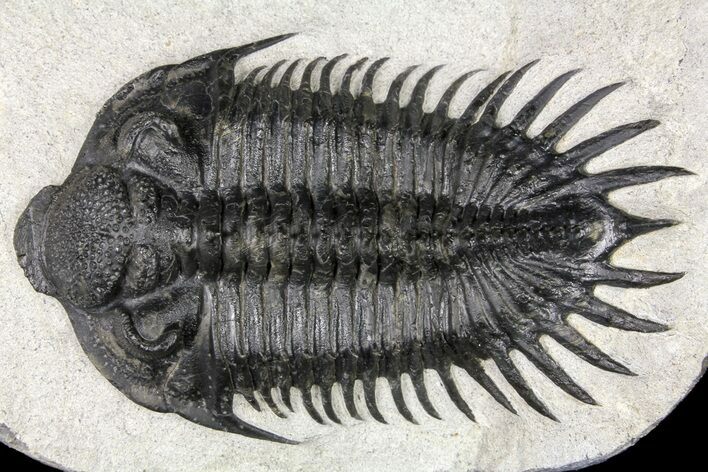 This is a large, 3.5" long, spiny Delocare (Saharops) bensaidi trilobite quarried at Bou Lachrhal, Morocco. The preservation and preparation on this specimen is quite nice. It has much better shell detail than most of the trilobites from this locality and the eye facets are clear in both eyes. There has been some touchups of scratches and dings from preparation but no major restoration.