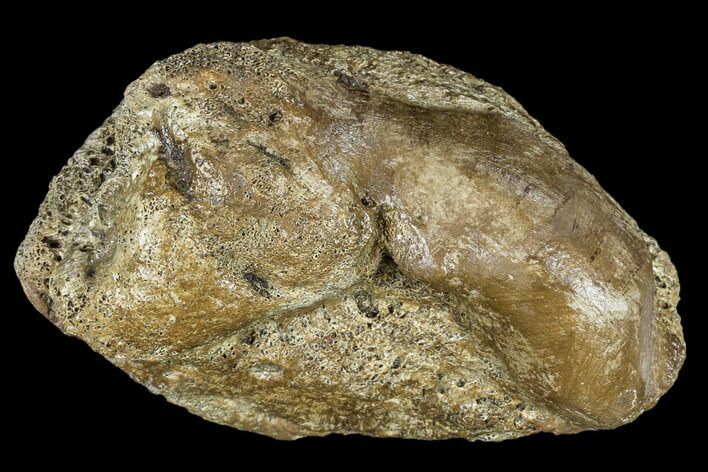 This is an interesting 3.5" wide phalange (toe bone) with pathology, from Montana. It is of one of the most iconic dinosaurs of all-time, Triceratops horridus. This unusual bone is in excellent condition and is likely from a front, left foot, third (middle) toe. This specimen shows evidence of a chronic injury. There are large bone callouses on the distal joint surface. It is likely that this animal injured its foot and lived the rest of its life with an altered gait. 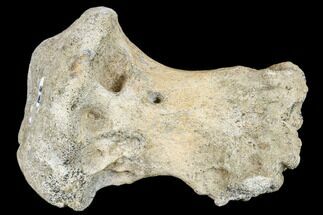