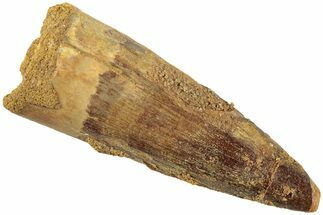 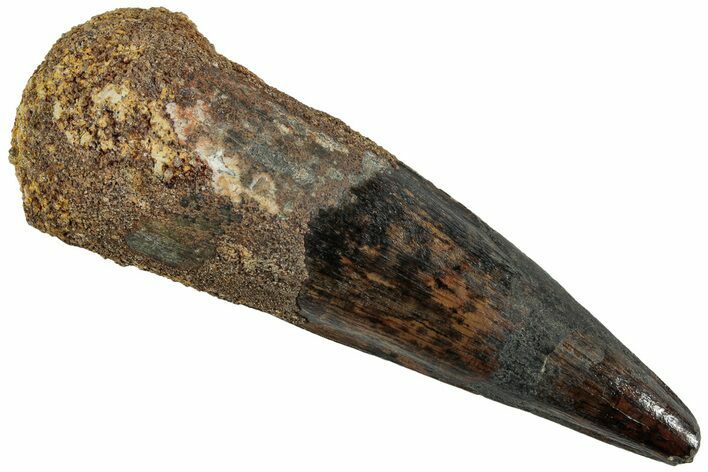 The tooth has glossy, dark enamel preservation. There is a repaired crack with cap fill restoration near the tip of the tooth. 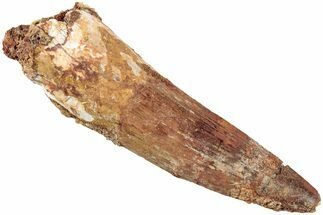 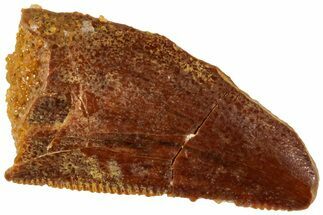