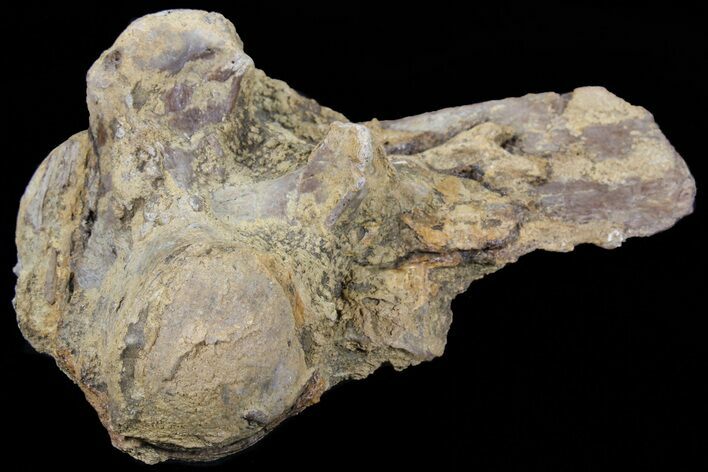 This is a caudal (tail) vertebrae from Platecarpus, a type of Mosasaur. It was collected from the Smoky Hill Chalk in Gove County, Kansas. This particular vertebrae has most of the spinous process intact which is not typical.