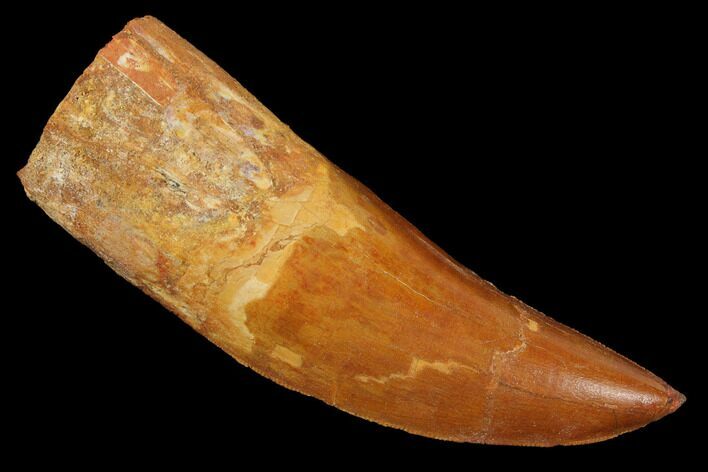 This is a serrated 3.73" long Carcharodontosaurus tooth from the from the Kem Kem Basin, Morocco. It has excellent enamel and serrations. There is a repaired crack in the middle of the crown, some restoration to the very tip and some repairs/restoration to the base of the tooth.