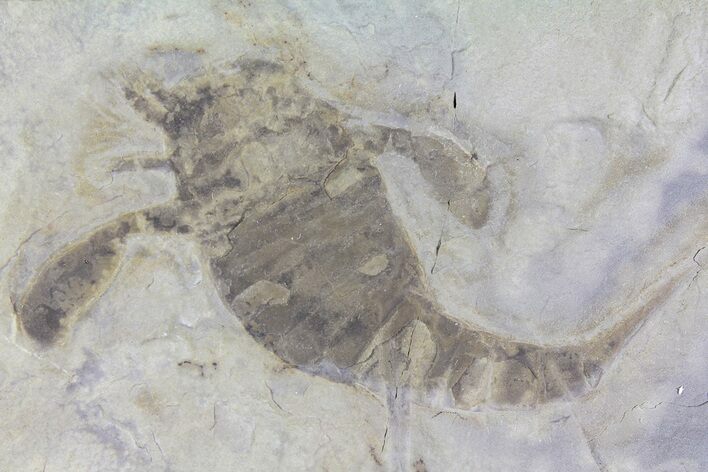 This is a 3.8" long Eurypterus remipes from Lang's Quarry in New York. It is nicely centered on a 5 x 3.2" slab of shale. There is one repaired crack running through the center of the rock.