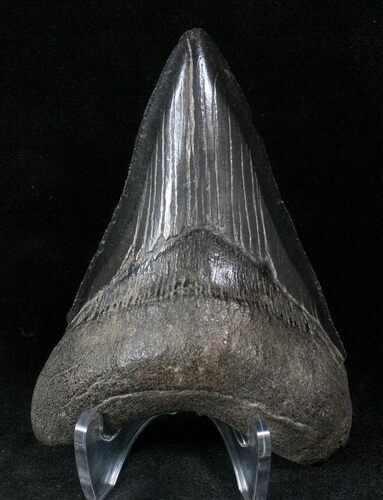 This is a nicely serrated 3.86" lower Megalodon tooth collected from Medway Sound, Georgia. It comes out of the Hawthorn Formation making it Miocene in age. A tooth this size would have come from an adult Megalodon shark, probably around 30 feet in length.

The enamel on this tooth is a glossy black with olive highlights towards the center of the tooth. The serrations on this tooth are a little worn but most are still sharp. Comes with the pictured display stand. 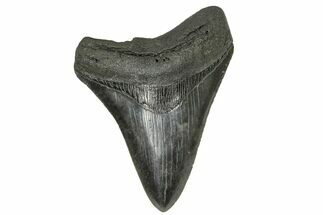