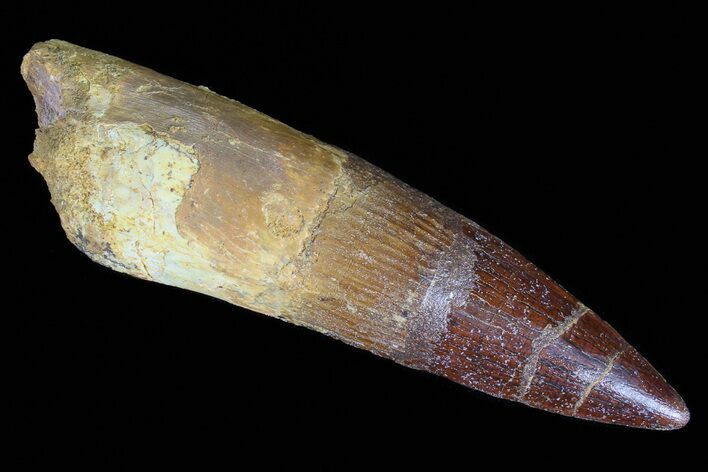 This is a 3.9" long tooth a Spinosaurus, the largest known meat eating dinosaur. It is from the Kem Kem Basin in Morocco and is Late Cretaceous in age.

The tooth is very large with decent enamel preservation, though there are multiple repaired cracks through the tooth. The tooth is a composite, meaning the top half and bottom half are were from different partial teeth.